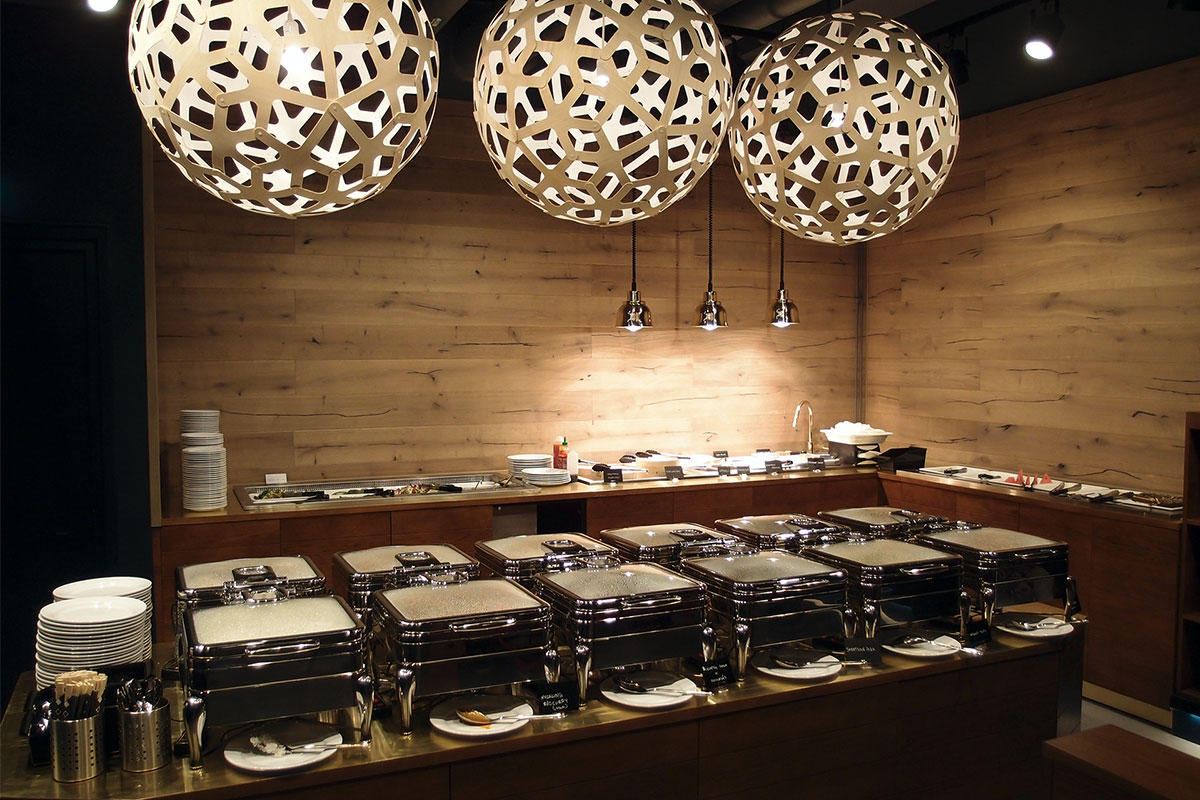 Umi & Chao is an Asian fusion restaurant in Vällingby, a suburban district in the Greater Stockholm area of Sweden. Based off of their website, it wasn’t clear that they were offering a variety of Asian mainstream Japanese, Thai and Chinese dishes. This made it difficult for the restaurant to generate new business without large amounts of investment into marketing.

Umi & Chao decided to place a small test ad campaign with Nanos. They started with 40 EUR and within 10 minutes, they were able to create a campaign which was then equally distributed across Google, Facebook and Instagram. 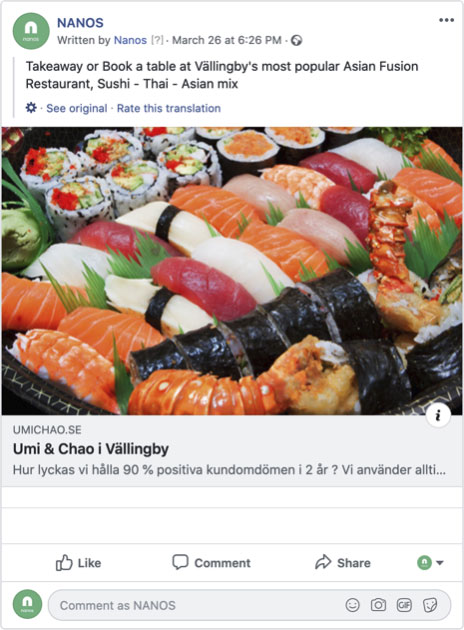 ‍The restaurant’s ad was optimized by Nanos AI and targeted to online audiences that were looking for or interested in what the restaurant offers: Sushi, Dim Sum, Steak/Seafood Salads, Japanese, Chinese, Vietnamese, and Thai food. The ad also targeted specifically the Stockholm area.

‍Within 30 hours, the results came back with a notable report:

Facebook reported 3.29k impressions and 71 clicks, resulting in a 2% Click-Through-Rate(CTR), well above the industry average of 1.20%.

Instagram reported 2.45k impressions and 34 clicks, resulting in a 1% CTR which also is above the industry average of 0.88%.

Google performed at 581 impressions and 14 clicks, producing a 2% CTR compared to the industry average of 0.91%.